Featuring a completely reimagined design, the Hydro FlowX is a paddle unlike any other.

At first glance, your eyes will pop at the feature on the neck of the blade––an innovative new design that we call Advanced Flow Technology (AFT). It is designed to significantly increase paddle efficiency and smoothness by reducing turbulence and unwanted blade movements.

Next, you’ll notice another major structural update––the Deep Power Scoop (DPS) on the blade face. Featuring a deep scoop design with dihedral edges, it delivers power in a controlled manner and works in harmony with our Advanced Flow Technology to create a first-of-its-kind, three-dimensional paddle design.

The combination of the flow technology and deep scoop produces a fluid paddle stroke which reduces energy usage while increasing forward thrust. The outcome is significantly less paddler fatigue – enabling you to paddle longer, faster and more often than ever before.

The 3D blade design concept enables water to flow more efficiently around the paddle by eliminating turbulence and unwanted fluid resistance, which in turn, allows the paddler to truly harness the power of the water and enhance the efficiency of their paddle stroke. Additionally, we increased the rake angle to a little over 9 degrees––compared to 8 degrees in the original Hydro – for a slightly easier catch.

The end result is a completely reimagined paddling sensation that will feel smoother, easier and ultimately – faster.

While individual results will vary and speed is just one aspect to consider, our testing has shown the Hydro FlowX will increase your overall speed. When putting in a similar effort, paddlers can expect a 3-5% improvement in speed and lap times or paddle the same speed with less effort (when compared to the original Hydro, which is already faster than most race paddles).

While this might not sound like much, saving just three seconds per kilometer in a 10K race will shave 30 seconds off your overall time. Not to mention, reduced fatigue will allow for powerful late race bursts and more training sessions––two critical factors that will give you a consistently bigger advantage over time, while simultaneously protecting your body. 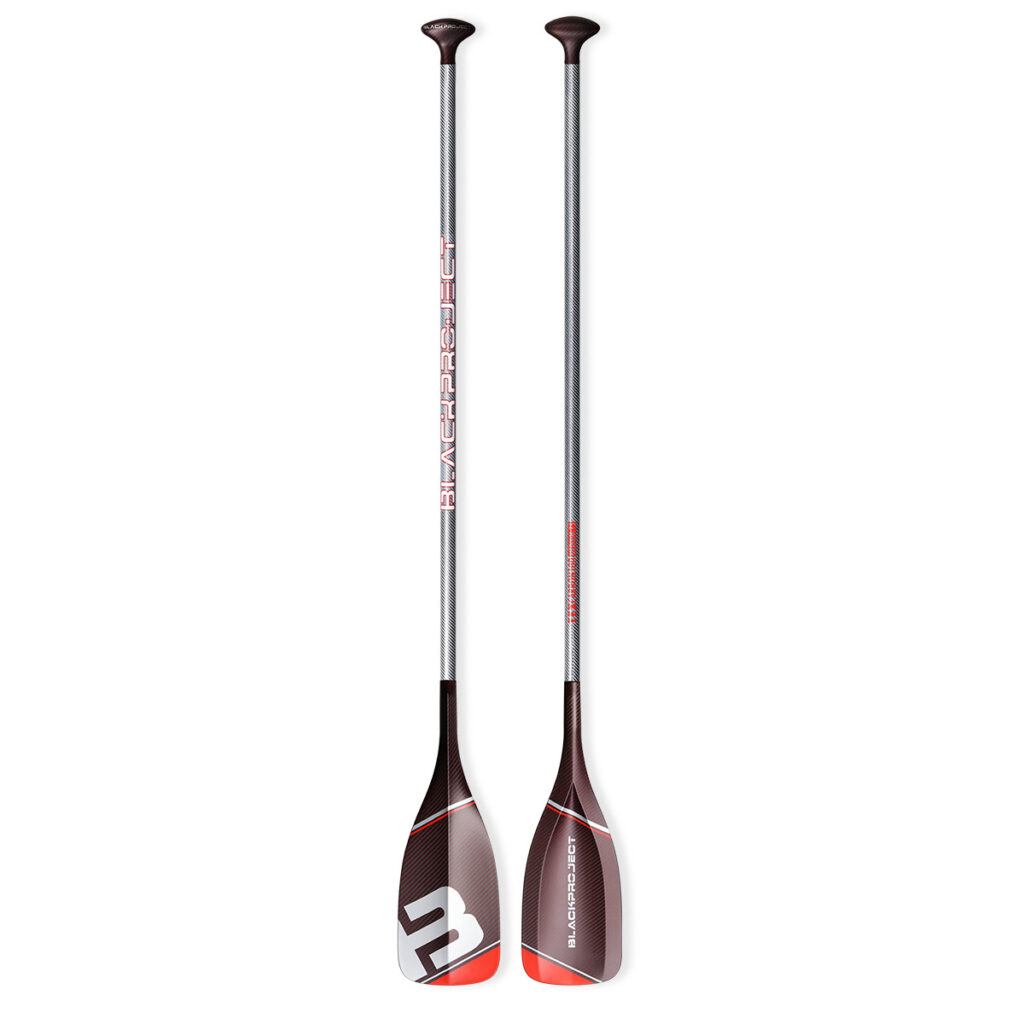 Based on more than 20 years of professional water sports experience, Chris Freeman’s philosophy is that smaller, softer and more flexible paddles are both faster and safer. And with the Hydro paddle winning eight racing world titles in 2019, the results don’t lie.

The HYDRO SUP race paddle is for paddlers who want more speed and reduced fatigue. Whether you are cruising your local lake or crossing the Hawaiian channels, the Hydro is designed to deliver speed and comfort. Lightweight and durable, the Hydro combines exceptional power, blade stability and dynamic flex to help you paddle faster for longer while protecting your body from injury.

The Hydro is the paddle of choice for 2019 world champions – Seychelle Webster, Olivia Piana, Christian Anderson, and Rai Taguchi as well as a growing number of worldwide athletes.

The lightweight Surge helps reduce fatigue so you can extend your session and catch more waves.

The SURGE SUP surfing paddle is for paddlers who want catch more waves and surf better with less fatigue during long sessions. Whether you are hunting barrels on the North Shore or styling your local beach break, the Surge is designed to deliver power and comfort. Lightweight and durable, the Surge combines exceptional power, blade stability and dynamic flex to help you paddle faster into waves and enhance your surfing, while protecting your body from injury during long sessions.

Thanks to its high power to weight ratio and comfortable slim shaft the Surge is also the recommended paddle for SUP Foiling and is the paddle of choice for pioneers of downwind foiling including M20 Champion Annie Reickert, as well as Finn Spencer, Jeffrey Spencer and more.

The Lava is a high-performance SUP paddle that performs well in all conditions. This full carbon paddle is ideal for paddlers that want to surf one day, cruise the next and race on the weekend.

Versatile, strong and lightweight, the LAVA is your best bet if you want one paddle to do it all.

This full carbon paddle shares much of the same DNA as our premier race and surf paddles (Hydro and Surge), but features a more forgiving blade design that’s better suited for a less aggressive and lower cadence paddle stroke.

Chris Freeman and Lara Claydon out for a pre-work morning paddle near Lahaina, Maui. The ultimate entry-level paddle, the Ohana is the ideal choice for paddlers looking to maximize family fun while minimizing cost.

Designed to maximize family fun while minimizing cost, the OHANA is the ultimate entry-level paddle. Lightweight and durable, it represents a big performance upgrade over other entry-level paddles on the market.

This 60% carbon paddle shares much of the same DNA as our premier race and surf paddles (Hydro and Surge), but features a more forgiving blade design and paddle construction that is better suited for recreational paddlers.

New for 2020 we have improved both the aesthetics and performance of the Ohana. In addition to new artwork this season, our new REFLEX UD Medium flex shaft will provide paddlers with enhanced performance and durability.

The School SUP paddle has been designed to meet the needs of first-time paddlers and SUP rental/school businesses.

The stiff and powerful plastic blade is designed to help beginners correct their stroke, while the soft rubber edge reduces damage to boards, paddles and bodies.

With 30cm (12 in) of adjustment, this paddle can be sized to fit clients of all heights. Cost effective and durable, this SUP paddle can also be customized to meet your specific needs and branding. Available in adjustable and 3-piece adjustable.